Intellectual property rights are crucial intangible assets which must be defended against counterfeiting.

In addition to causing a loss of revenue and tarnishing the image of the holder of the rights infringed, counterfeiting may present a risk for the health and safety of consumers.

Concerned about the serious consequences of IP infringement and counterfeiting, the VIDON Group decided to build tools to fight against counterfeiting.
One of the key tools consists in setting up a service involving the customs supervision of IP rights, something which the VIDON Group has developed over the years, with a network of qualified players. This network, which it named "LUCTA", is designed to adapt to the needs of each client.

The customs supervision process initially consists in raising the awareness of Customs offices (French, European or local) through training and an identification tool (known as "the Bible"). It subsequently involves rapid and efficient collaboration with customs officers confronted with fraud, who must react rapidly.

The VIDON Group has extensive experience and a network which it makes available to its clients in a wide range of sectors to secure the detention of counterfeit goods as early as possible and prevent them from entering the protected markets.

This is a highly efficient procedure which is inexpensive when well controlled.

This procedure exists in numerous territories including France and the European Union, which have a considerable number of efficient measures to protect the rights of the holders concerned. Contrary to popular belief, it also exists and is efficient in other countries known to produce counterfeit goods (such as China or Turkey), or located on the "counterfeit route" (such as Thailand or Egypt). 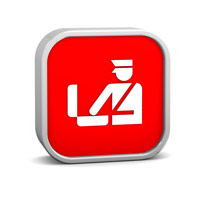 Lucta®: a simple and efficient tool to defend your intellectual property rights.