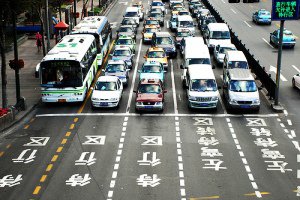 With more than 5 million trademark filings in 2017, China is now ranked - and by far – world’s leading business attractive place. How to anticipate traffic congestion?

While the Chinese trademark system offers relevant opportunities and China market access requires trademarks, in that context, some under-prepared foreign companies may be demotivated when confronting local specific features.

Trademark filings in China have been skyrocketing for decades. Long gone are the days when some 26,000 applications were filed in the early 1980’s. The Chinese Trademark Office recorded over 5 million filings in 2017, which places China in the lead as regards countries designated by trademarks. As a rough order of magnitude, this represents 30 times the number of applications targeting the European Union!

Now Under the Provision of the Applicant’s Good Faith!

Although this increase is partly due to some catch-up effect since the trademark registration system has been implemented quite recently (1979), other drivers are fuelling growth, in particular the market attractiveness further to rapid development of the Chinese economy, and the costs-effectiveness of the official fees (nearly 20 times lower than those of the EU), in association with a first-to-file system (as opposed to first-to-use systems like in the USA).

The combination of attractive costs and race for application date spawns massive trademark filings, some of them being deprived of fully planned project. Further, some questionable practices (such as bad-faith filings), led the legislator to react and set forth the principle of good faith.

The number of Chinese trademarks is also due to the size and growth of the Chinese internal market, which attracts not only worldwide business player, but also Chinese dynamic companies already convinced of trademark right usefulness: in 2016 Chinese applicants represented for 90% of the filings in mainland China.

Given the heavily congested register, the Chinese Trademark Office unsurprisingly issues numerous provisional refusals based on similar/identical prior rights (around 40%). However, trademarks need to be used by holders, so as to remain valid.

Hence the Chinese legislation set forth efficient tools in that respect:

* When trademarks are challenged, applicants have efficient tools to free access to the register.

The efficiency of the procedure is reflected by a high success rate for cancellation action for non-use (60% in 2016, according to the People’s Court Daily Newspaper).

Challenges and Opportunities When Filing a Trademark in Chinese Characters

Most of Chinese characters have a meaning: if combined in a smart way, they can tell a story, efficiently promote brands, and create a relevant fallback position when the brand faced objection.

* Filing its trademark in Chinese characters, in mainland China (and in Greater China), is a key point to make the trademark accessible to Chinese consumers, and it also allows to build an appropriation strategy  whenever some Latin letters are not currently available.

In China’s hyperconnected world (around 800 million Internet users, mobile-first market), most of the time trademarks in Chinese characters will be the ones used by local consumers, mainly on social networks, search engines or e-commerce platforms.

Your Trademark in China: be ready!

Entering the Chinese market should be well prepared in advance, especially as regards trademarks. Existing tools can protect all distinctive signs and, more broadly, all intangible assets (like domain names, designs, inventions and know-how…).

* Pragmatic and global approach should be the way when getting into the Chinese market.

Enter the Chinese market by setting a global and multiple approach, at low costs, is the strategy to implement. Filing its trademark as quick as possible is certainly the most important rule but is very often insufficient.

Should you need any further information please feel free to contact us.