Specific exemption: a necessity for pharmaceutical trademarks?
Clinical trial, Marketing Authorization Application and genuine use of a trademark. 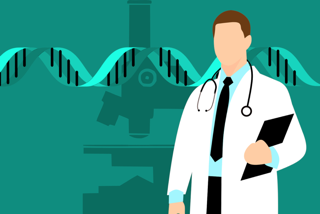 Should pharmaceutical trademarks benefit of a  specific exemption for demonstrating their genuine use ?

The Court of Justice of the European Union (CJEU) confronts its traditional case law to the particular frame of pharmaceutical trademarks’ genuine use appreciation.

Traditionally, case law established a relative tolerance to the condition of genuine use since the latter can be recognized for goods and services whose commercialization is not effective yet, but under way (CJEC, Ansul, March 11th, 2003, C-40/01).

Besides, it has already been specified that only obstacles that present a relation sufficiently direct with a trademark making impossible or unreasonable its useand that are independent from the will of the trademark’s owner can be qualified as “proper reasons” for non-use.

The assessment is made on a case-by-case basis, the strategy of the undertaking to overcome a possible obstacle under consideration could notably make the use of the trademark unreasonable (judgement of June 14th 2007, Häupl, C‑246/05, point 54 and of March 17th 2016, Naazneen Investments/OHMI, C‑252/15 P, unpublished, point 96).

Yet, in the present case, trademark use as part of a clinical trial in relation with a Marketing Authorization Application does not seem to benefit of the exception.

The Court indeed considers that this “use” cannot be “assimilated to a launch on the market neither to a direct preparatory act, but should be considered as mere intern initiative insofar as it takes place without any concurrence, within a limited circle of actors and without the aim to obtain or preserve market shares”.

If implementation of a clinical trial can constitute a reason for trademark non-use, it must be argued in concrete terms:

- a short delay for launching it

The trademark owner could have as well pointed out the existence of other preparatory acts to the commercialization. This time, clearly intended to the final public.

We can therefore wonder on the nature and characteristics of this “external” uses since those ones can strongly vary according to how is defined this “future public”: patients, general practitioners, specialist doctors, researchers, etc. (the drug in question is intended to the treatment of multiple sclerosis).

However, the case law related to “imminent commercialization” to which the Court refers:

- applies regardless of the goods or services concerned, and therefore independently of the specificity of the public aimed;

- and above all identifies advertising campaigns as the preparatory act the most likely to indicate the existence of an imminent commercialization and - through it – demonstrate a genuine use.

In this case, reminding that “a drug whose Marketing Authorization has not been delivered cannot even benefit of an advertisement intended to obtain or preserve a market share”, the Court considers that the owner of the trademark cannot really rely on preparatory acts justifying an imminent commercialization, even though Marketing Authorization proceedings would have been already largely engaged.

This owner also points out that if the implementation of a clinical trial necessary to the obtention of a Marketing Authorization cannot be assimilated - to its own – to a preparatory act, its mandatory nature could at least constitute a proper reason for the non-use of the trademark.

It is interesting to note that the Court is not against this demonstration since it confirms that “implementation of a clinical trial can constitute a reason for the non-use of a trademark”.

To reject this second argument, the Court however highlights effective conditions of realization of this clinical trial:

- request for its implementation occurred more than three years after trademark registration;

Thus, “time between, from one hand application and registration dates of the contested trademark and, on the other hand, launching date of clinical trial as well as its length and financial resources allocated for its fast realization depend, in principle, of the area of responsibility of the owner”.

In other words, the owner had the possibility to reduce length of this trial and thus quickly obtain the Marketing Authorization allowing commercialization. Main condition for proper reason for non-use, namely identification of an obstacle independent to the owner’s will, is therefore not established in the present case.

In conclusion, we can wonder on the necessity of a specific exemption for demonstrating genuine use of pharmaceutical trademarks.

The question is not to extend, for this type of marks, the initial period during which they are not under obligation of use (within European Union, general rule is currently five years from registration date).

In addition, considering clinical trials as a proper reason for non-use opens the door to multiple misappropriations, as rightly stressed by the Court in this case: initiating these tests too lately and/or with an insufficient financial support will suffice to maintain them and therefore justify a non-use.

Evidence of an imminent commercialization should rather be facilitated, notably by considering that the launch (serious & not delayed) of a Marketing Authorization can constitute a legitimate preparatory act.

Do not hesitate to consult us, we are at your disposal to analyse relevancy of your trademarks’ uses in the EU, and internationally, and assist you in collecting and conserving related evidences.

You may find the judgment here: